In the mid 1950s the Ackermans were commissioned by architect Robert Mayer to design and produce decorative wall panels and sculptures for several stores he was designing. Always exploring new materials and methods of fabricating their designs, the Ackermans employed chem-milling, an etching manufacturing process being used in the aircraft industry.

For a woman’s shoe store in Pasadena, Jerome created a freestanding sculpture set in a shallow pool. The components of the sculpture were sand cast.

Jerome designed a series of porcelain-enameled steel candelabra, which were produced for ERA by a commercial enameling company. Available in several color combinations, they were suitable for wall or tabletop use. This endeavor is another example of the Ackermans’ continued interest in using existing technologies in new ways to produce their unique designs.

In 1964 Evelyn created a series of nursery rhyme wall plaques for children’s rooms, including Jack and Jill, Three Little Kittens, and other bas-relief images. These, as well as series of bookends, were done in hydrostone, a casting material similar to plaster but stronger. 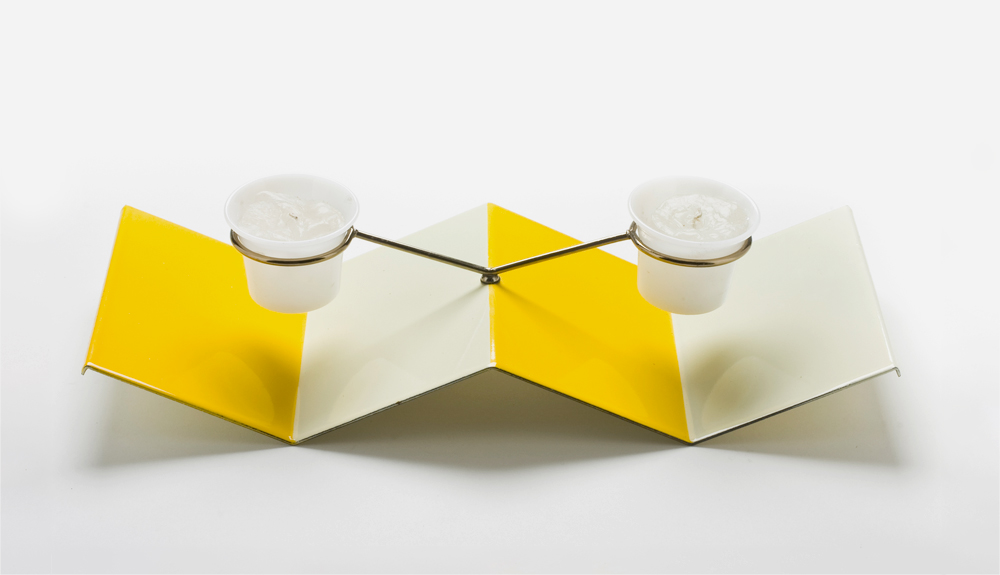 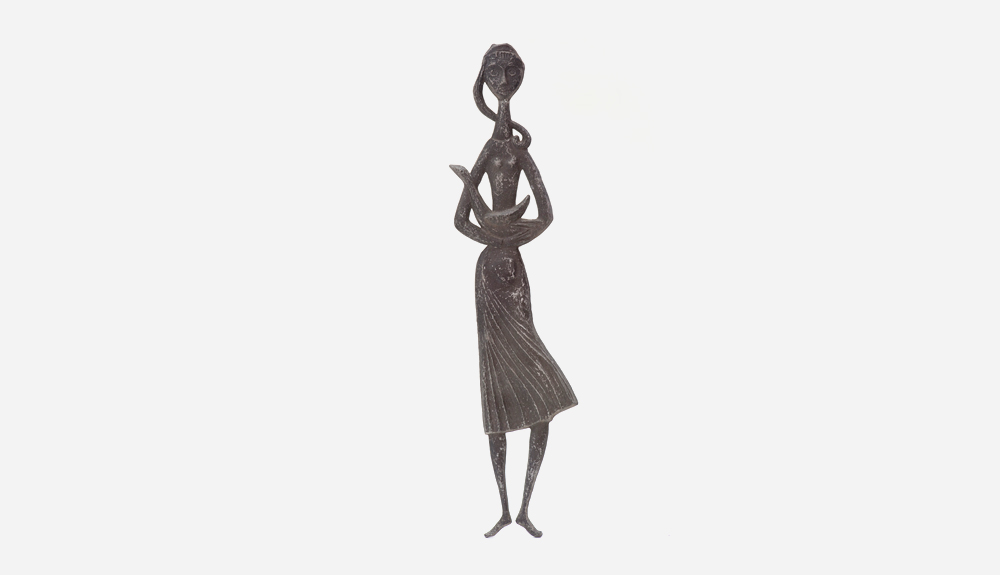 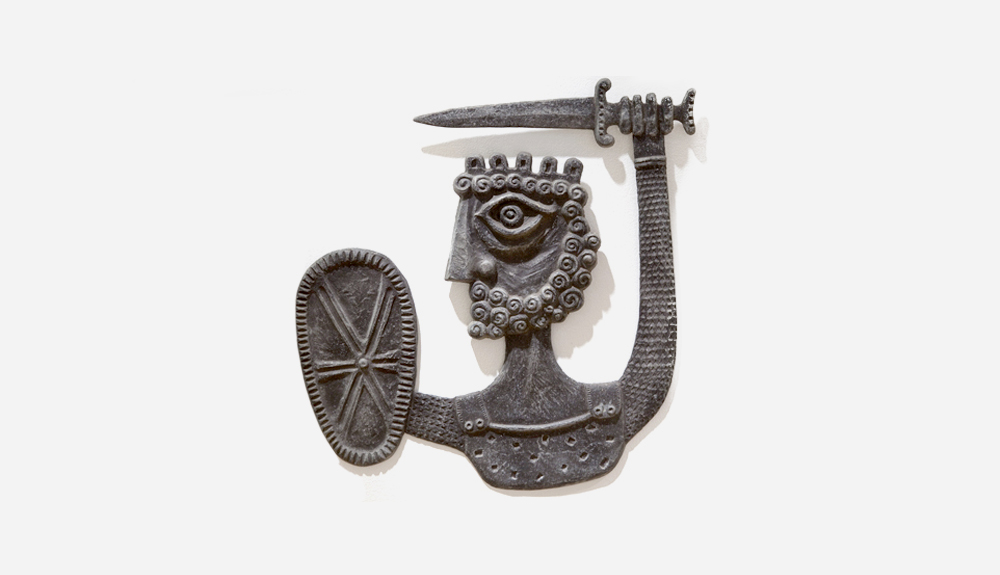 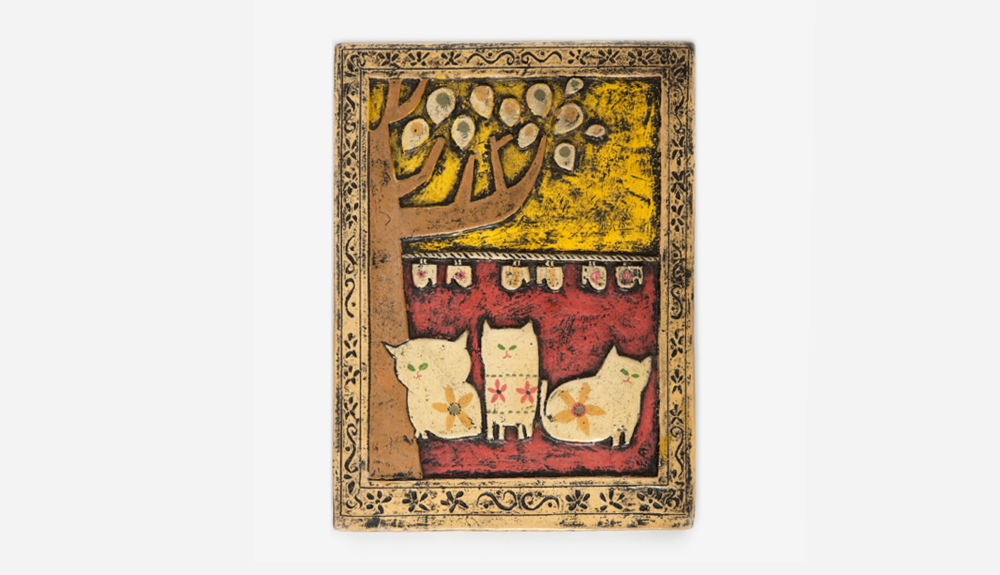 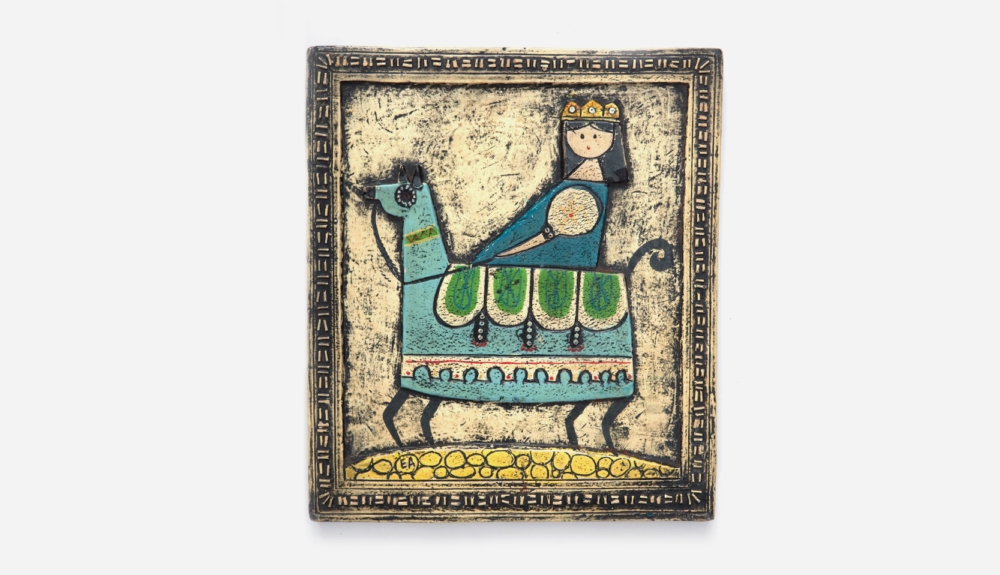