In the mid 1950s the Ackermans visited San Francisco and saw an exhibition that included mosaics. Interested in exploring the medium, they developed mosaic wall panels and tables with mosaic tops that featured both abstract and figural motifs. In order to increase production and allow Evelyn to focus on design, they established a mosaic workshop in Mexico. Evelyn created each design and sent a full-size drawing with colors and numbers corresponding to a sample tile board. At the workshop in Mexico, the design was then transferred onto a masonite backing to which the tile was glued, and finished with a simple wood frame.

In 1956 business associate Sherrill Broudy planned an apartment building in West Los Angeles on Kiowa Street. He asked Evelyn to design and produce a mosaic mural for the exterior. Because of its size (16´ x 32´), Fantasy Landscape was made in sections in the Los Angeles Jenev studio. The mural was featured in an article in the Los Angeles Times Home magazine and is registered with the L.A. Mural Conservancy. Evelyn designed a second mosaic mural, Sea, Land, and Sky, in 1957 for a Louis Mazzeti office building in Santa Barbara on Victoria Street, which was executed at ERA’s atelier in Mexico. 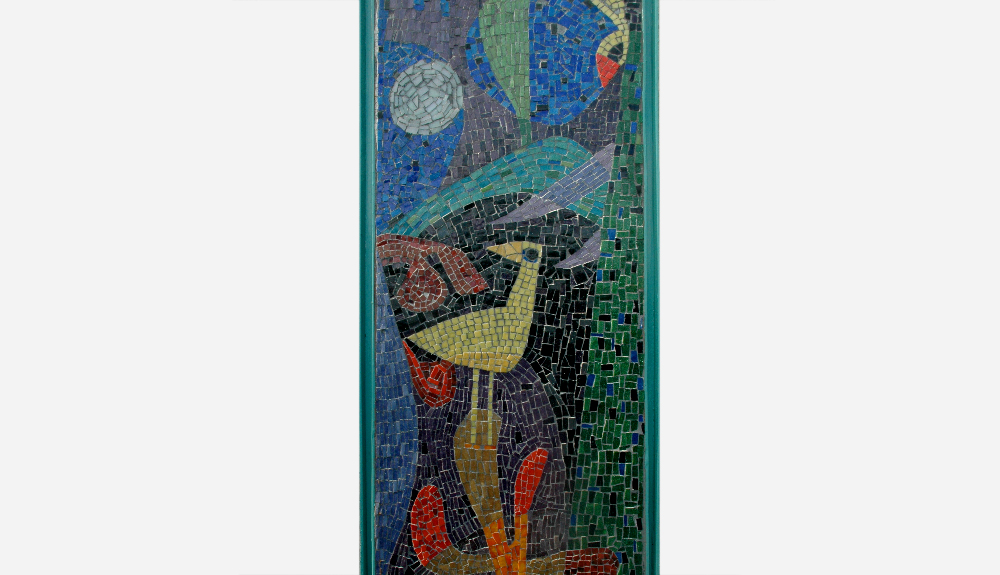 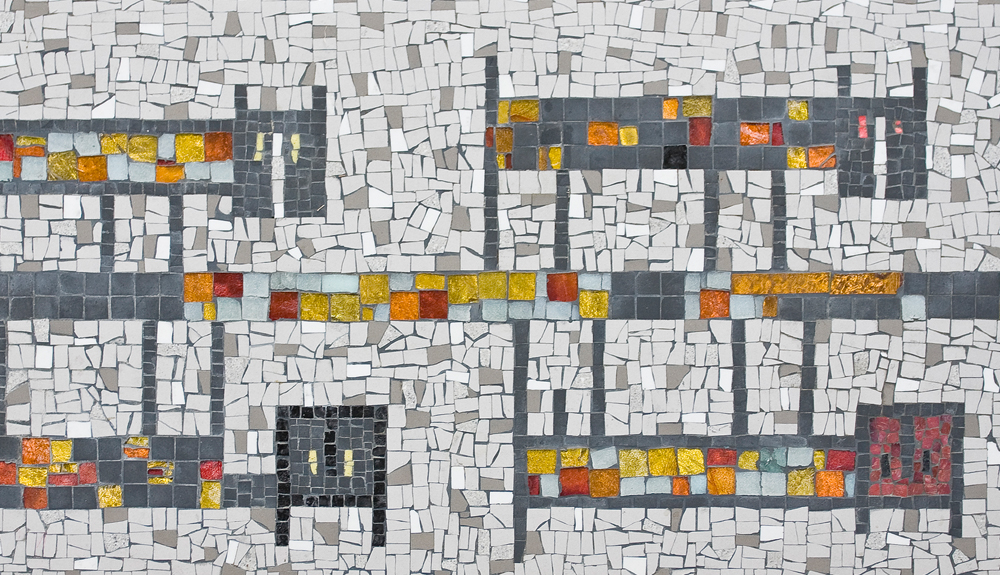 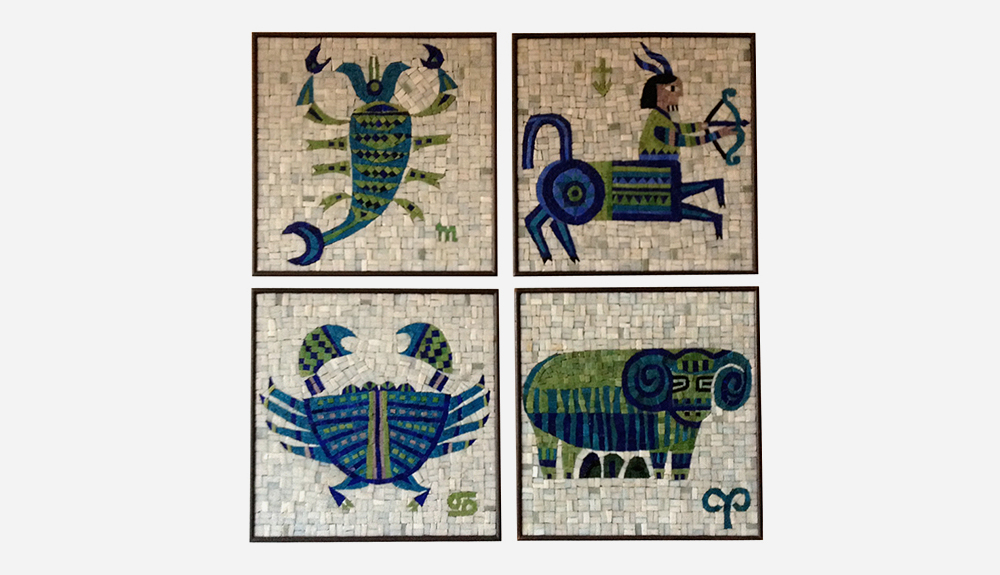 Signs of the Zodiac 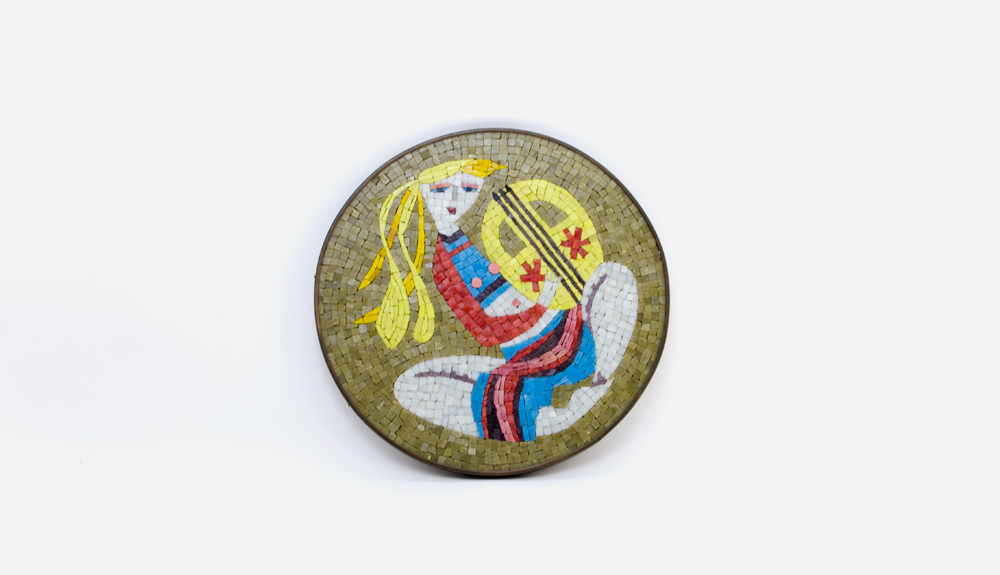 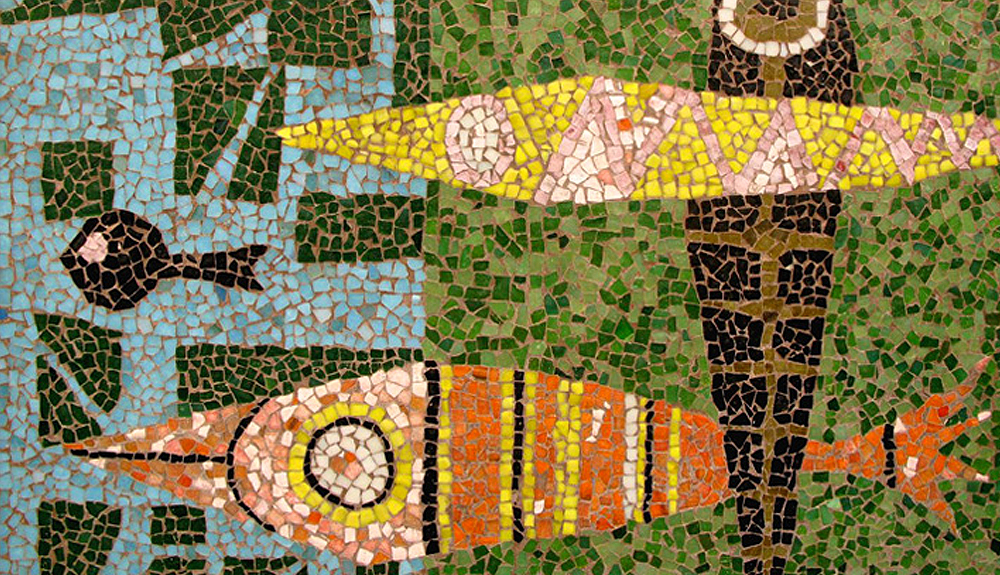 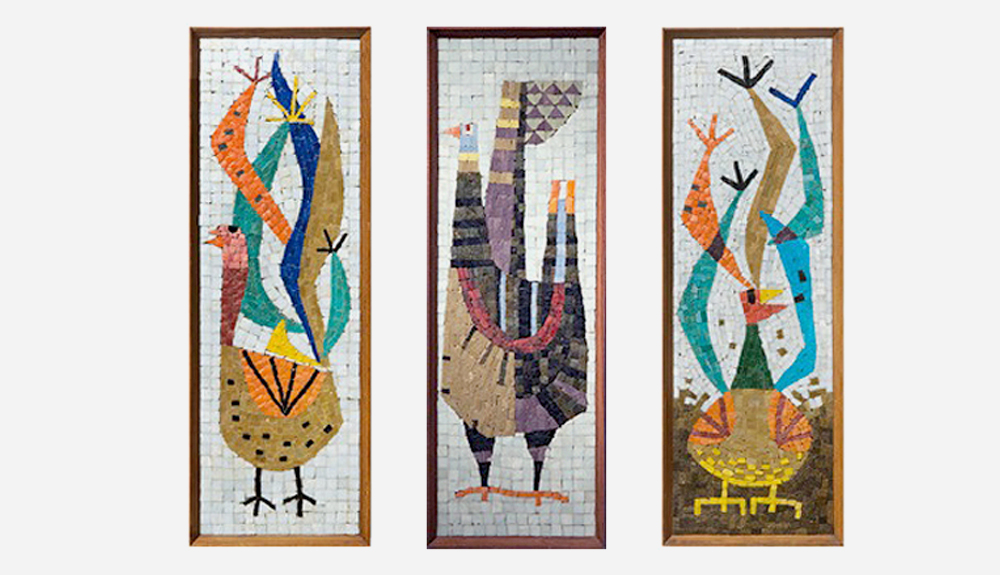 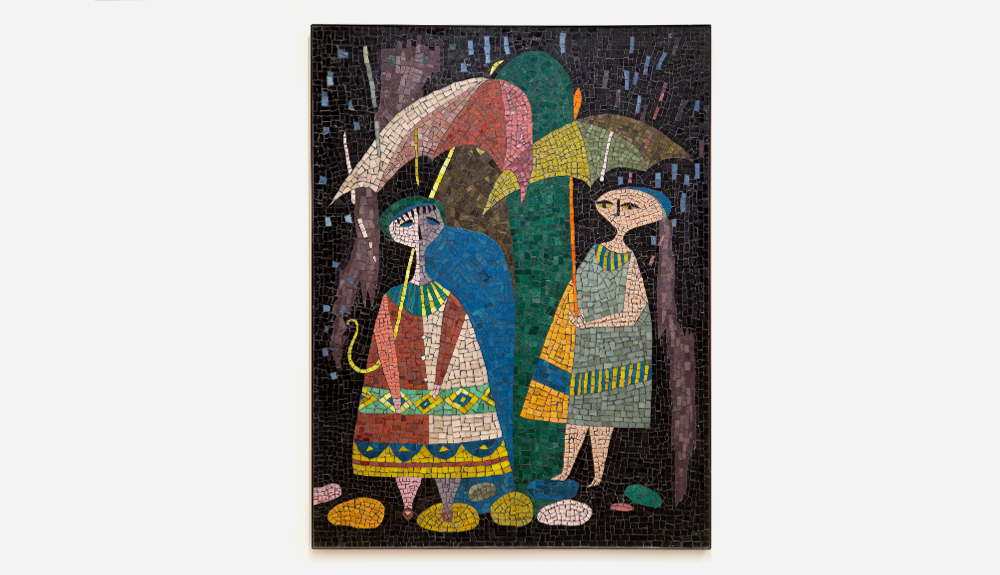 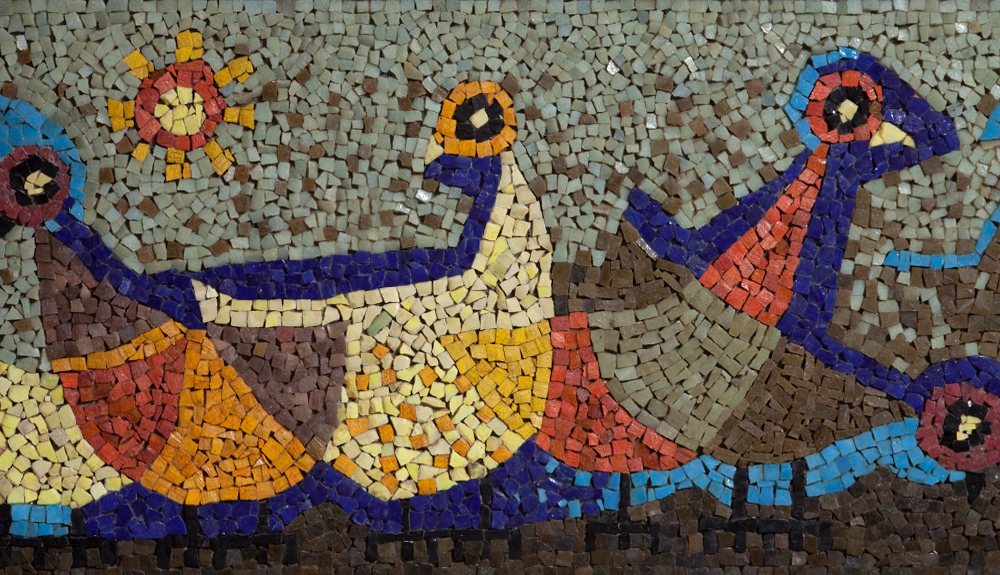 Birds in the Sun 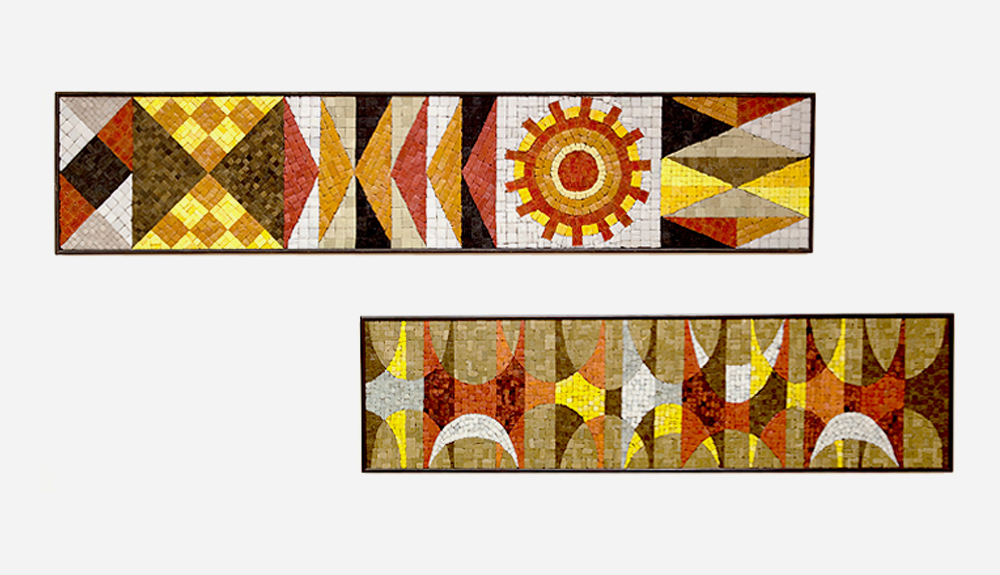 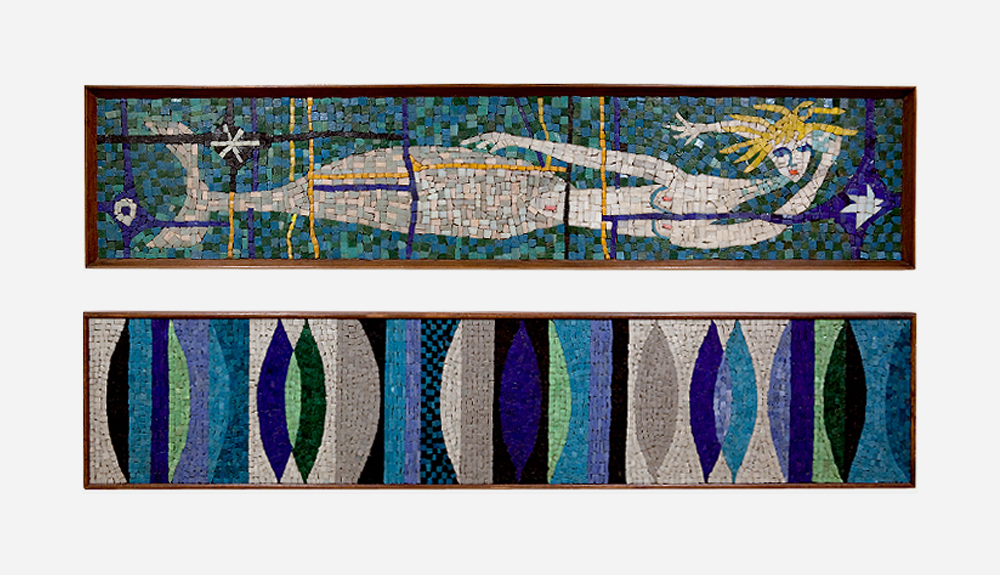 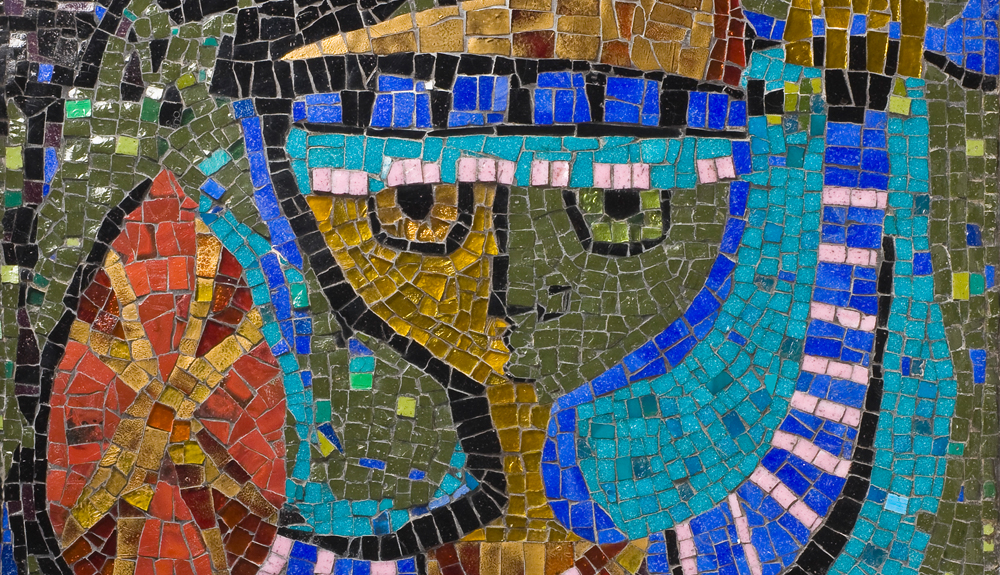