In the late 1950s Evelyn experimented with silk screening (starting with the drapes in their first apartment) and developed a series of designs. The first, Kites, was produced in Los Angeles by Tony Sharrar and Erick Erickson and was featured on the cover of the Los Angeles Times Home magazine in 1958.

Evelyn’s interest in textiles began at the University of Michigan where she had taken a weaving class in 1941. She loved the tactile quality of hand weaving. In the late 1950s the couple decided to offer woven hangings as part of the ERA line. They knew from experience that weaving was a slow process, so they needed a workshop that could produce Evelyn’s designs. They found a well-established cottage industry not far from Mexico City where the workers were skilled at weaving serapes. To produce the handwoven all-wool tapestries, the weavers followed a full-size drawing color-keyed to yarn samples. Evelyn’s first design in 1958, Hot Bird, was followed by a steady stream of new ones, and the Ackermans maintained a fruitful relationship with the same family of weavers for many years.

Continuing to explore new ways of executing her designs, Evelyn experimented with the hand-hooking technique in the late 1950s. This led to a new group of designs for area rugs, produced by a facility Jerry located in Osaka, Japan. Soon realizing that the rug market was overcrowded, the Ackermans changed direction, moving to smaller hand-hooked wall hangings that were made with both regular and needlepoint loop sizes. The height of the loop could be varied and the pile could be cut or left uncut, allowing for a great variety of texture and depth. The first designs, Venetian Dusk, Sun and Lion, and Seed Pod, were popular, and ultimately the hookings proved to be the most successful wall hangings ERA sold. Evelyn continued to add new designs over the years, many of which were featured in design shows and publications. 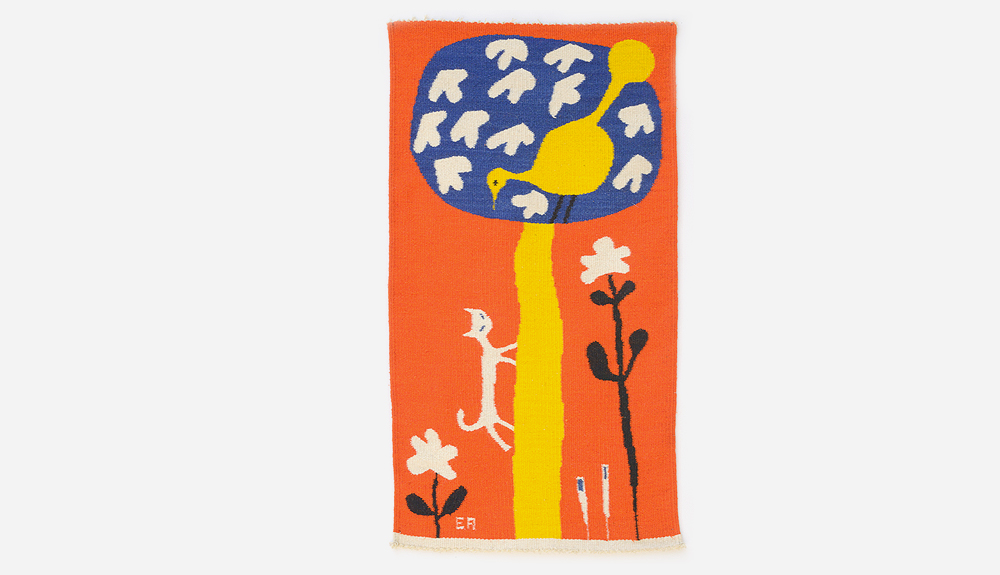 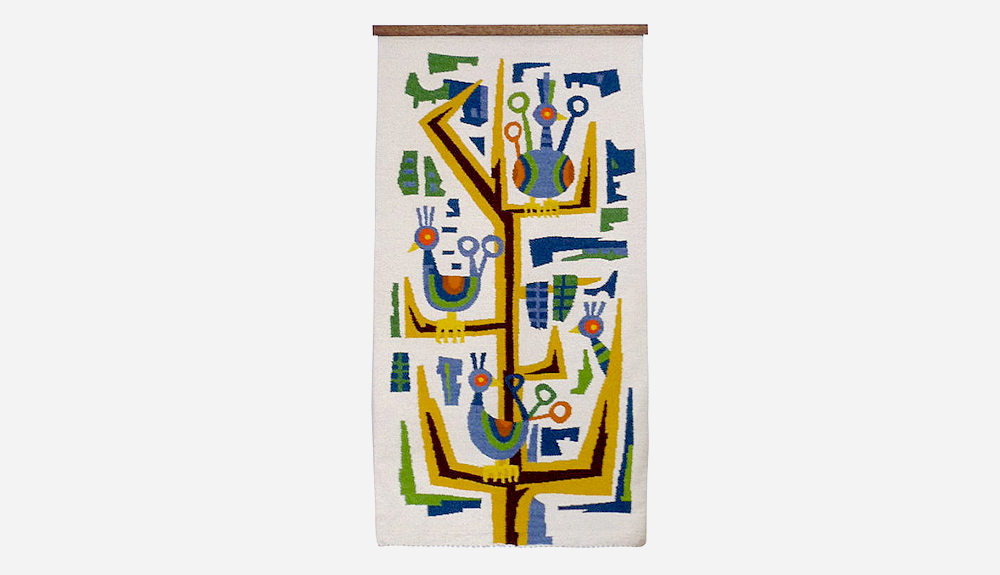 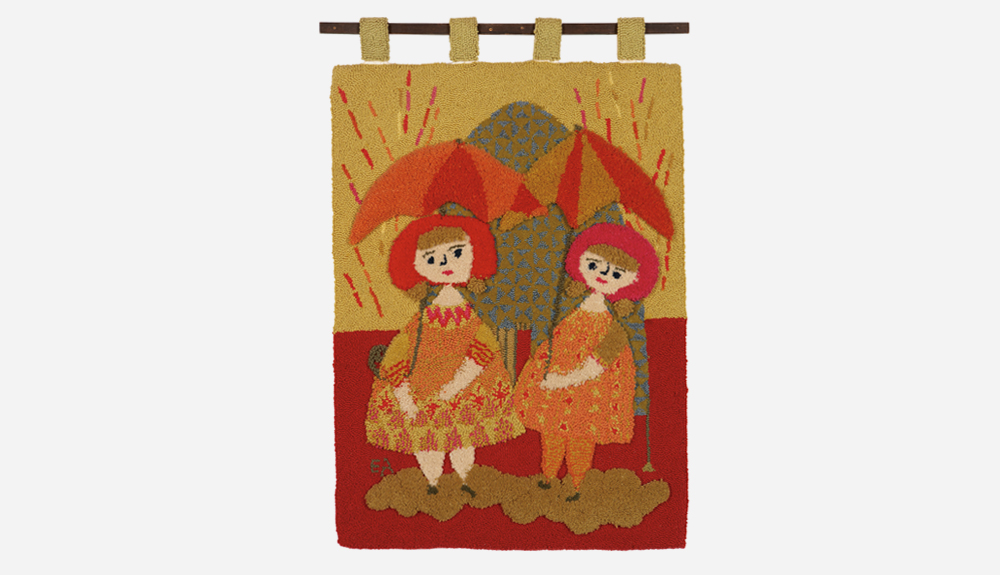 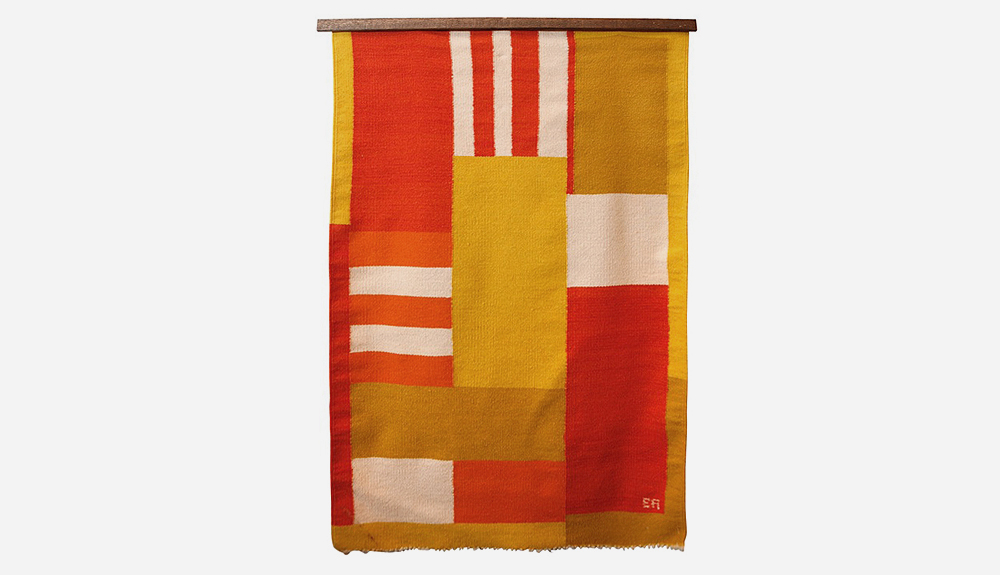 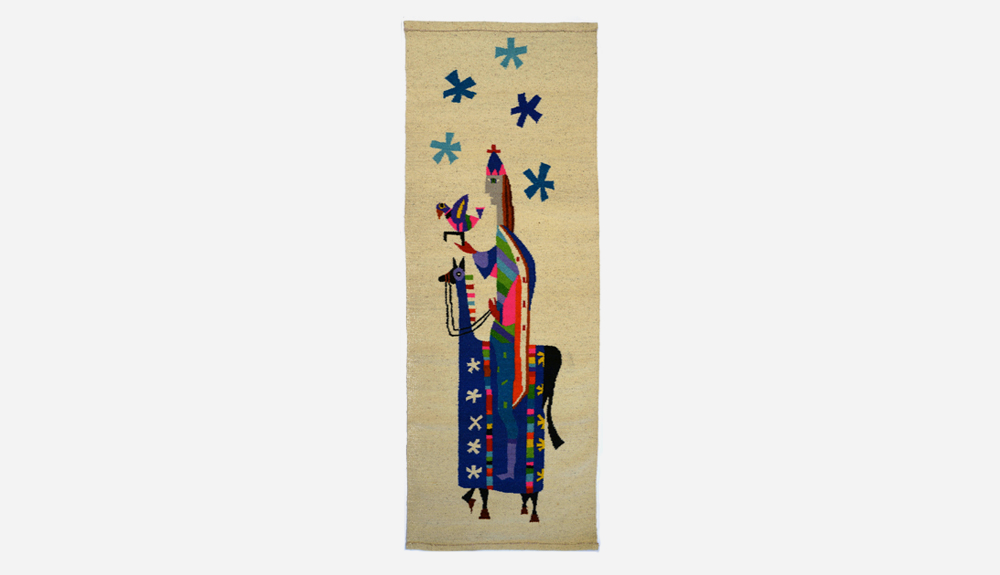 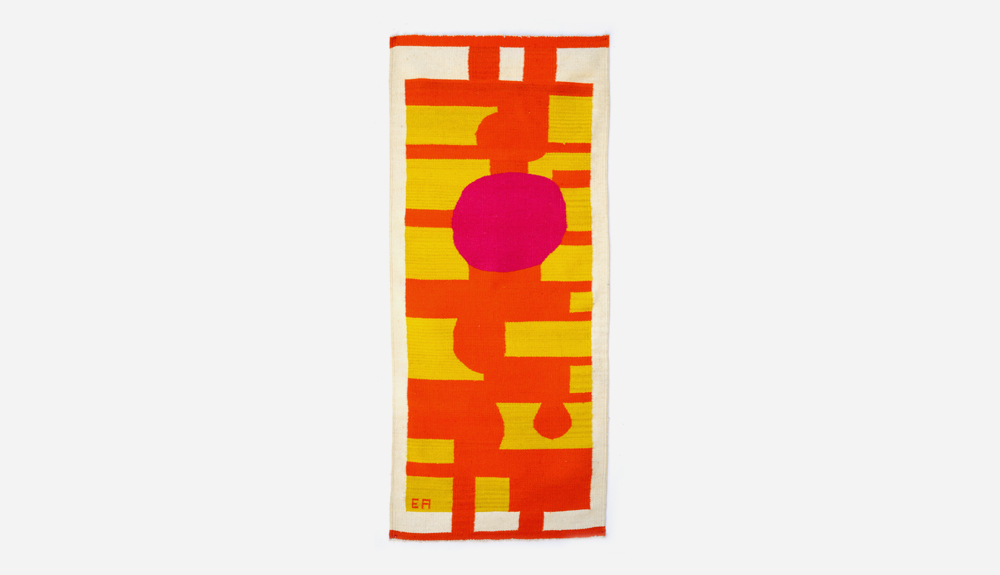 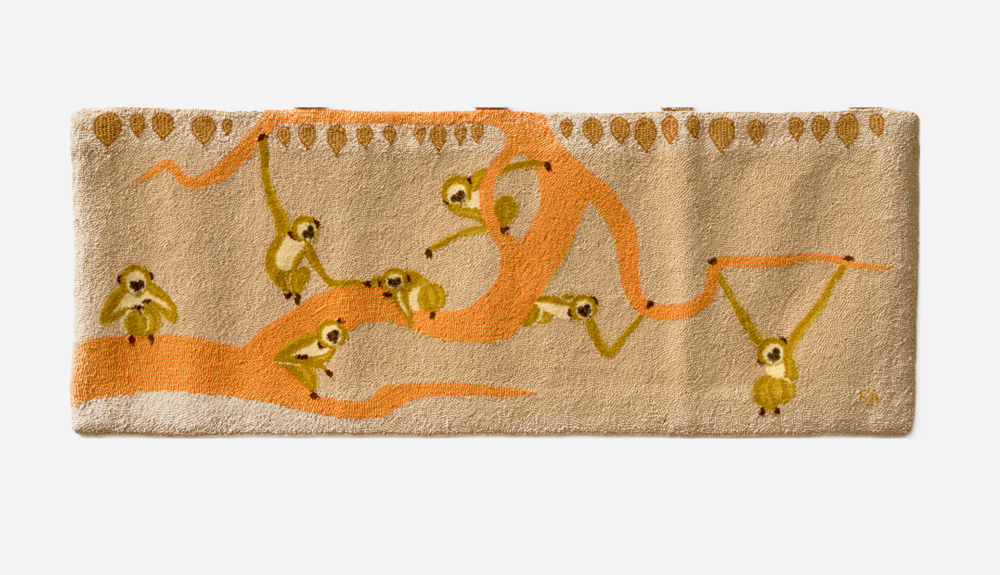 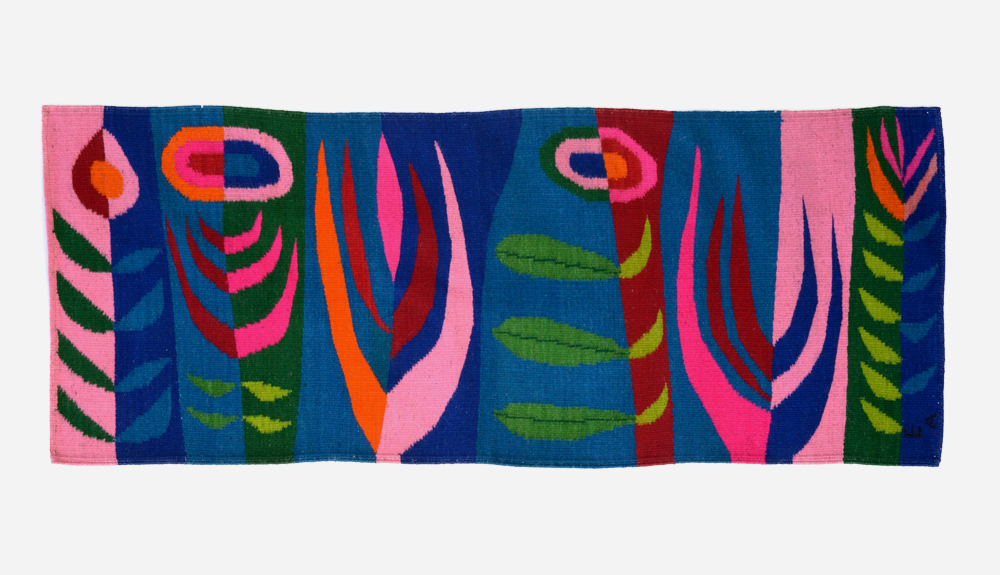 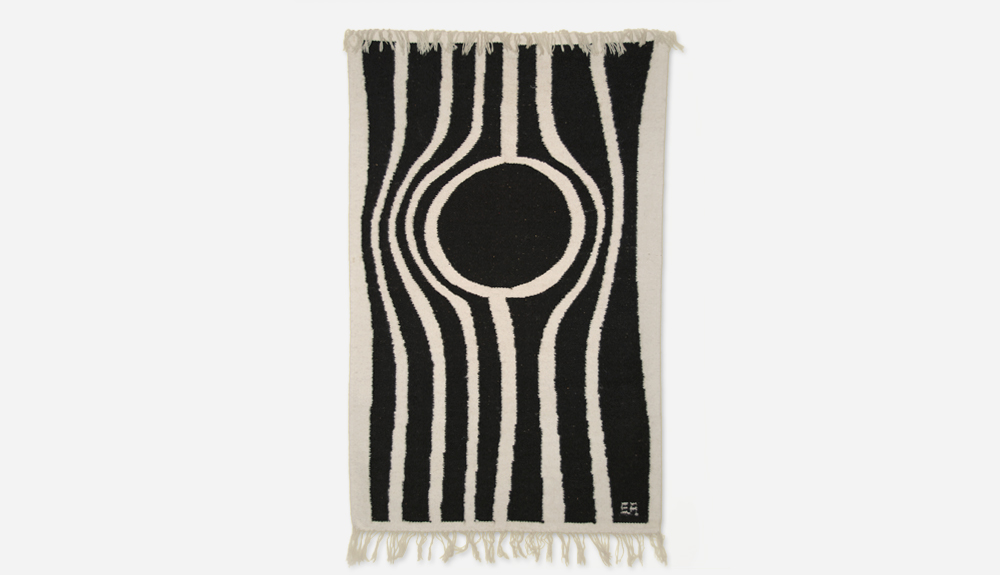 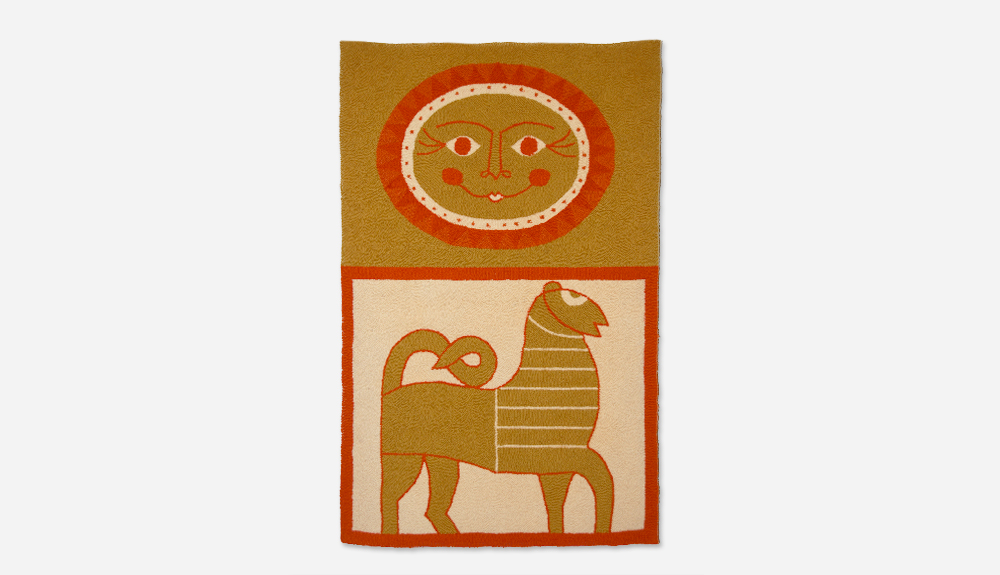 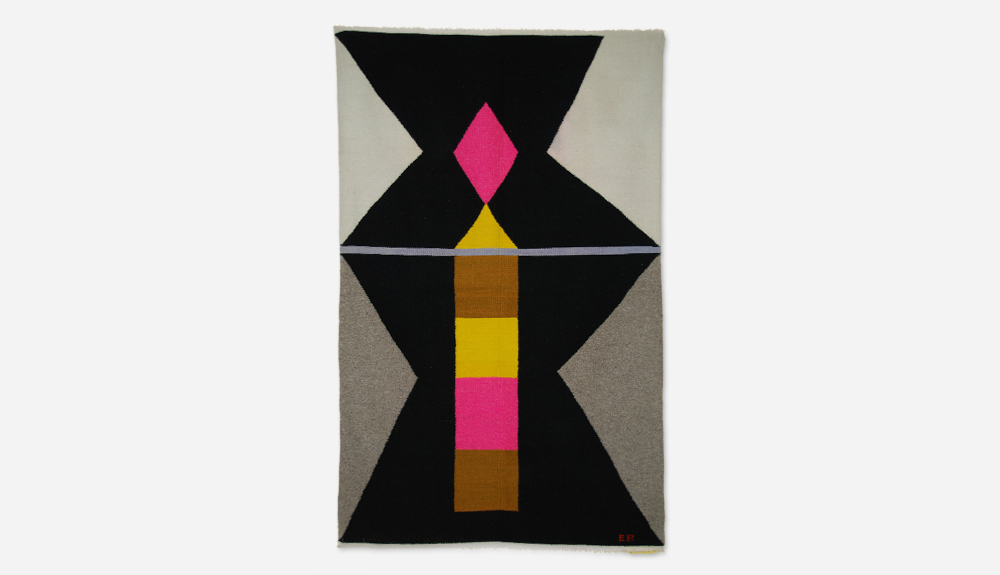 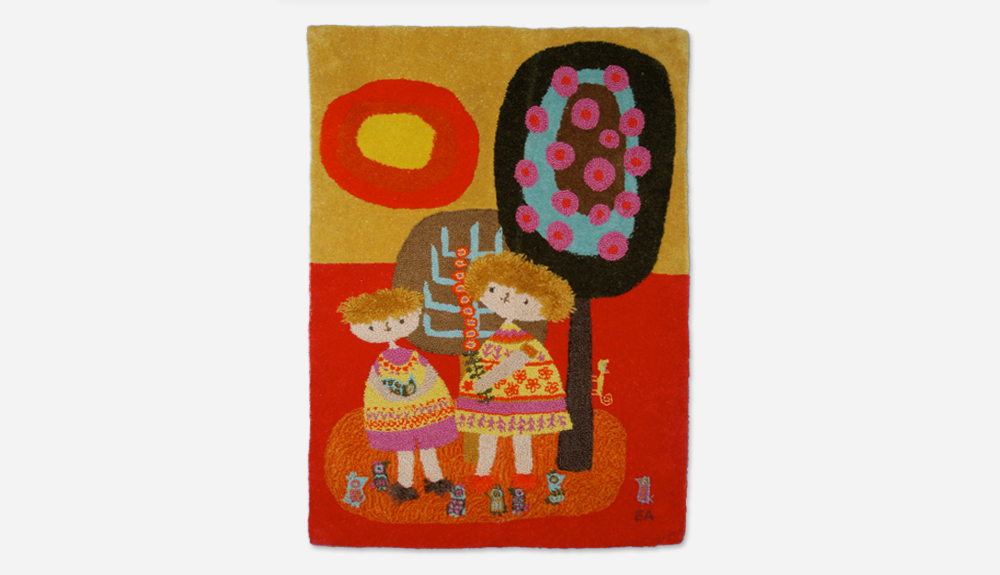 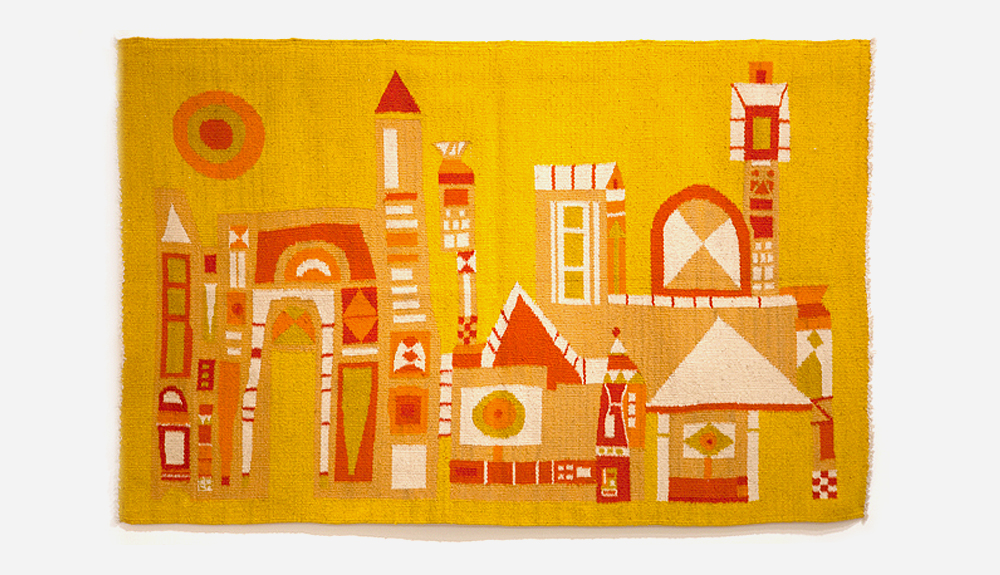 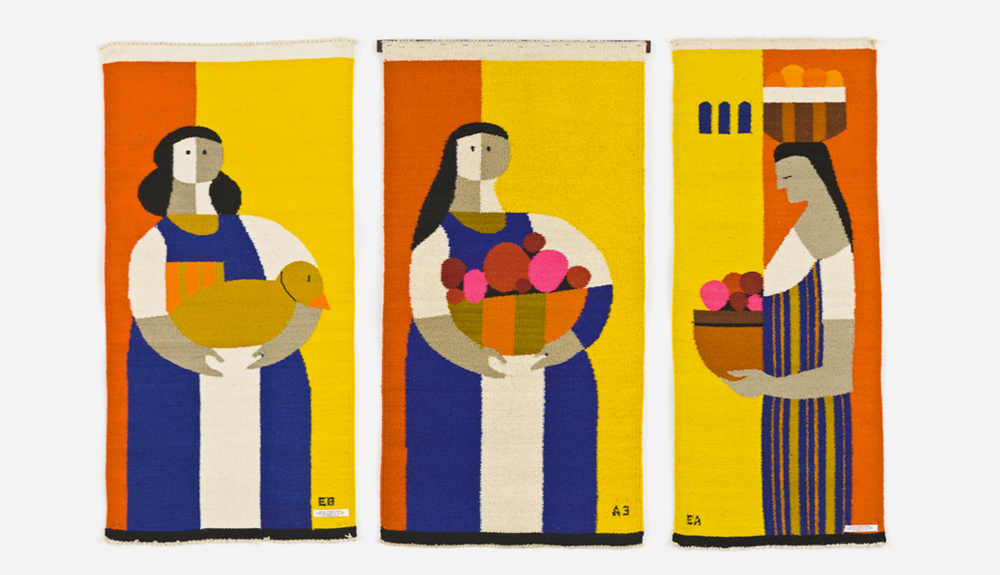 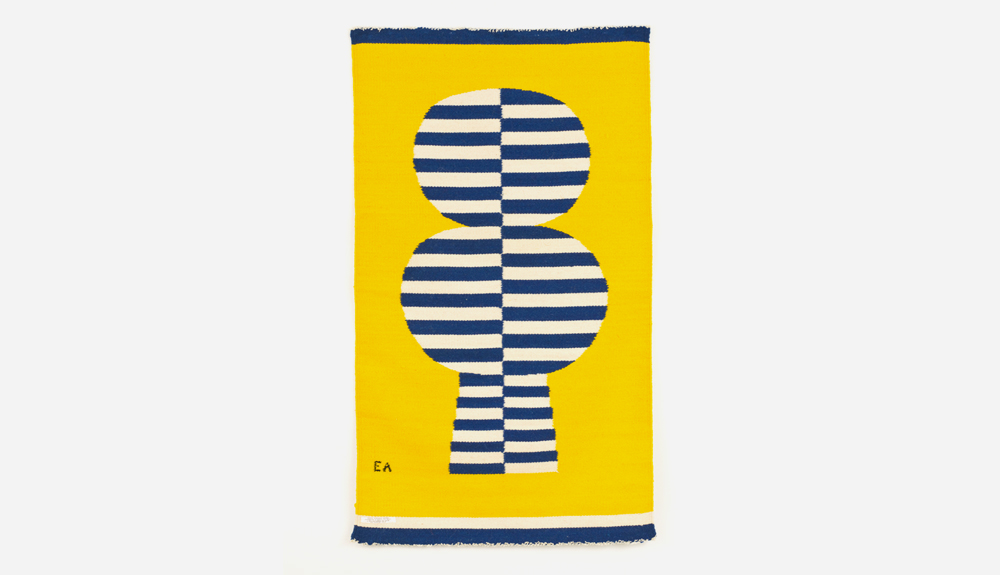 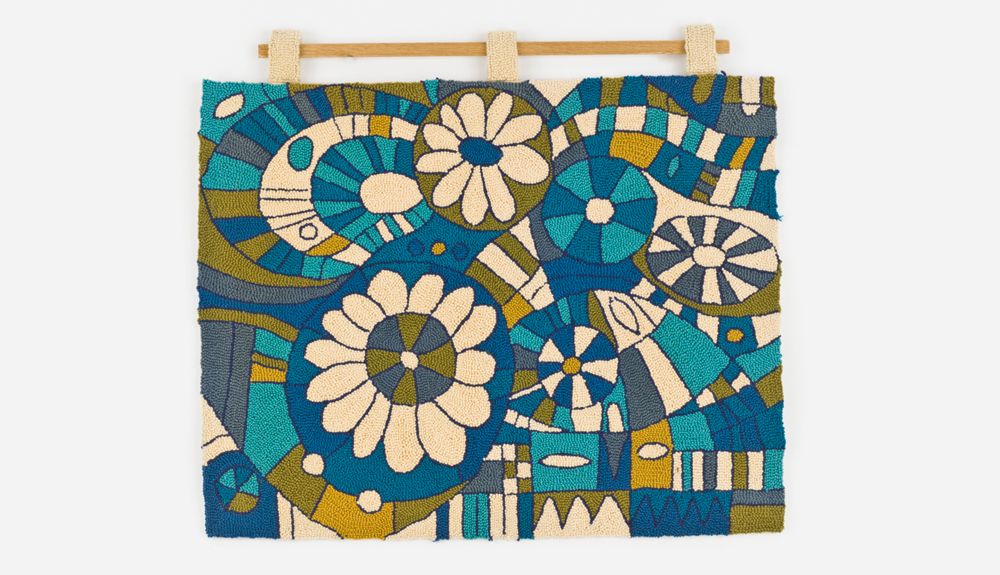 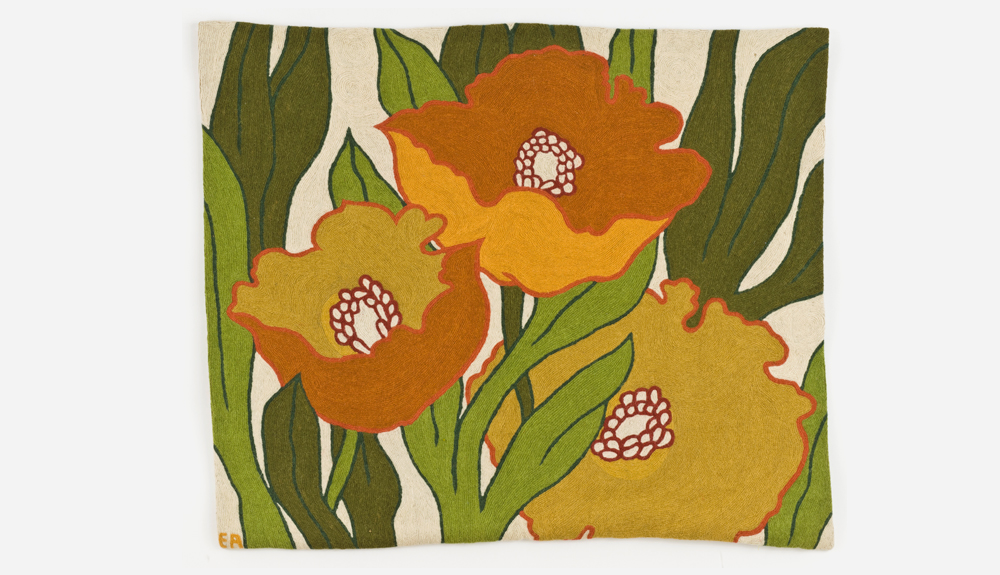 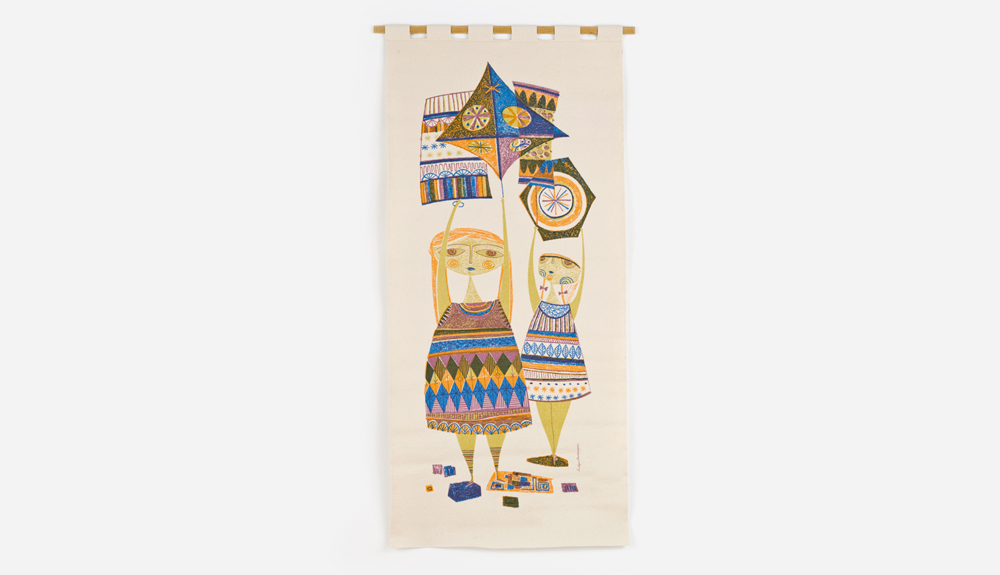